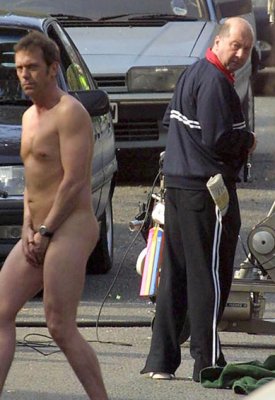 We were pleasantly surprised at the sight of Hugh Laurie’s nude butt.  We’ve been watching him on ‘House’ for the last few years and we are liking the show more and more.  Not only is Hugh Laurie a Golden Globe winning actor, but he’s also an accomplished musician and just released his debut album ‘Let Them Talk’.